In stock (can be backordered)

Named in honor of Esther Henderson

Esther Henderson didn’t plan on becoming a photographer, but when she wanted to trade her life as a show girl for something more professional, she flipped through the classified ads until she figured out something she could do without a college education. Born in Illinois but living in New York at the time, Henderson immediately bought a camera and enrolled in the New York Institute of Photography. When her three-month course was over, Henderson worked in photography shops around the country until, in the mid-1930s, she decided to set up her own studio in Tucson.

After she proved her talent, Henderson made her living from making portraits in her studio, but it was her landscape photographs of the Southwest that brought her worldwide acclaim. She often traveled and worked alongside her husband, photographer Chuck Abbett. Both photographers contributed to Arizona Highways for many years. In 2008, Henderson died at age 97 in Santa Cruz, California.

Designed for the active woman, the “Eternity Scarf” plays hard, but is also soft, comfortable and beautiful.  Created in a loop that is approximately 70 inches in circumference and 12 inches wide, this scarf can be draped around your neck twice, for an easy, fashionable look and three times for warmth.  Made with a 100% polyester performance knit, produced in the USA, with moisture management and easy care.

Cold water hand wash recommended; line dry. Iron using synthetic setting only They are 100% made in the USA by women for women. 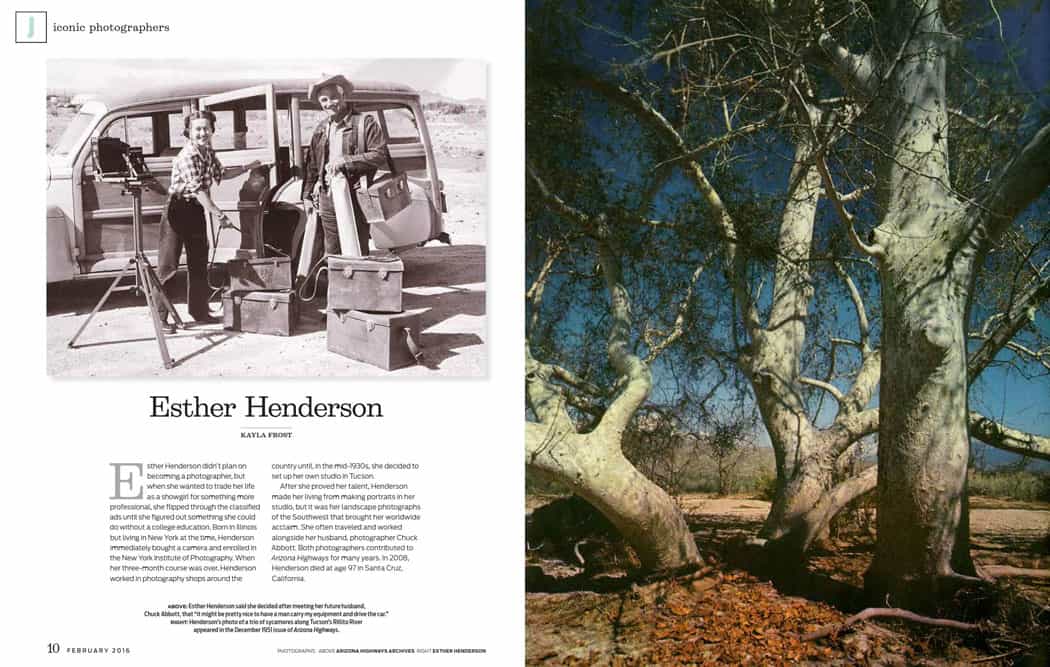